Planting Lavender for the Environment and Painting Walls for Hope 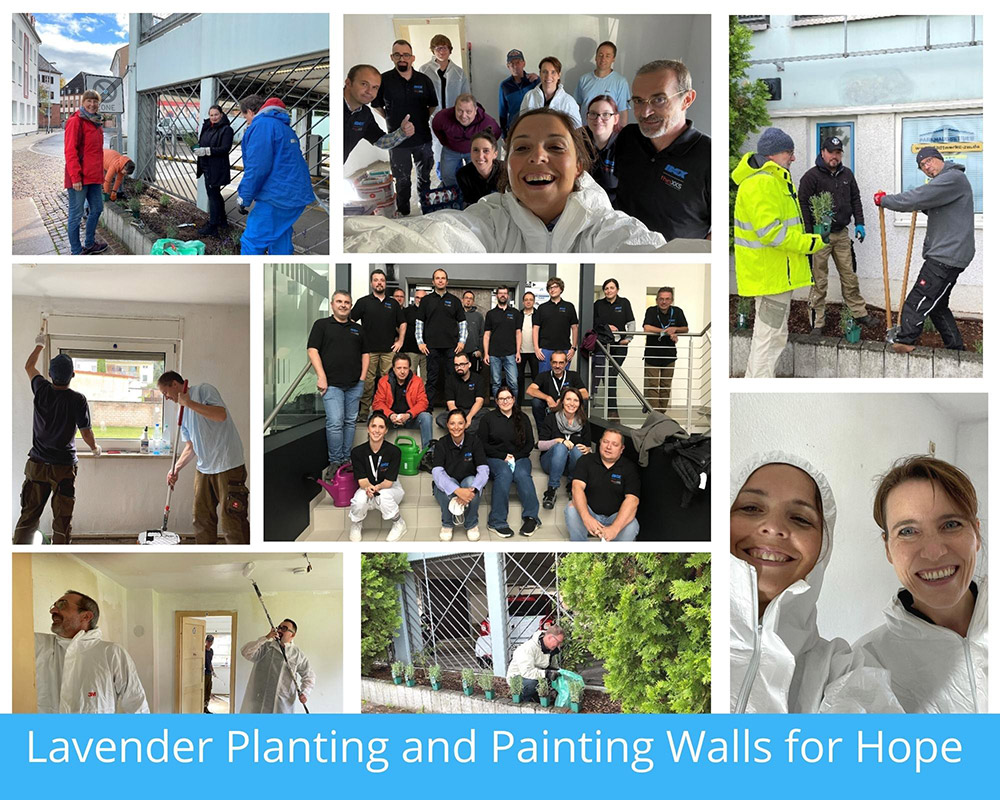 In September, our Zweibrücken team in Germany participated in two community service events. During the first event, they planted 80 lavender bushes in the city to support the many ecological initiatives in Zweibrücken. This effort was in collaboration with Zweibrücken Vernetzt, a platform for nature and climate protection initiatives.

Aside from their fragrance and visual appeal, lavender plants have several ecological benefits:

On the same day, another group of employees participated in “Painting Walls-Giving Hope"; an initiative of the Municipality of Zweibrücken, office for social services, asylum services, social field service, and furniture storage. The program paints apartments in Zweibrücken for homeless people and people seeking asylum. Employees painted two apartments, that will serve as homeless shelters.

Poverty is a central social problem in Germany—especially in Rhineland-Palatinate, a southwest German state that also includes Zweibrücken. According to the latest data from the Paritätischer Verband, the poverty rate had increased to 16.6% with Rhineland-Palatinate ranking in sixth place nationwide at 16.5%. This means that one in six people in Zweibrücken lives below or at the poverty level.

“With our small contribution, we helped to improve the situation of those affected at least visually, and help them feel better about their current living situation,” said Jenifer Bauer, HR Manager in Zweibrücken.

Thank you to all our employees who participated in these two worthwhile causes.