Our Reflection on NASA Perseverance Launch 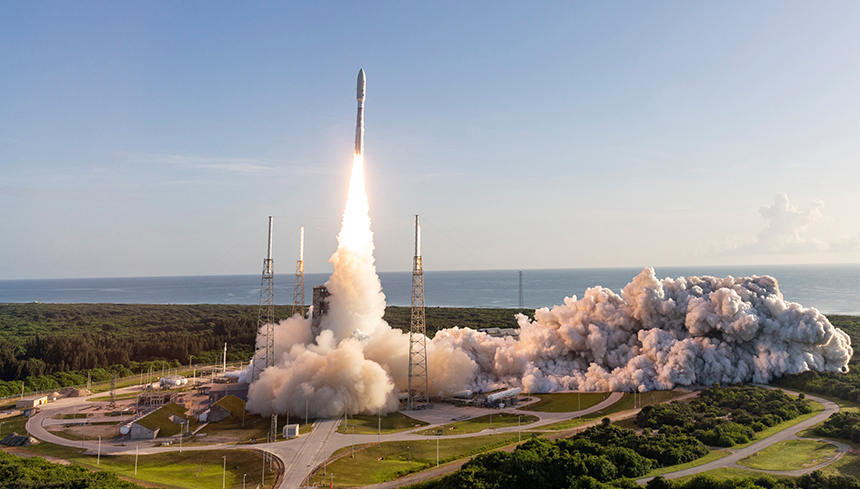 When Moez Adatia and Craig Hodgson woke up early Thursday morning (July 30, 2020), they were excited to witness a historical moment in Space exploration. “I’ve watched all of the previous NASA launches throughout my career, but this one was very special. This was my first experience working on hardware that would eventually be flown into space, and its special knowing that something I worked on, is going to Mars,” said Craig Hodgson, RD&E Director, Life Science Optics.

Building upon a previous project in 2015, IDEX Health & Science team members and NASA worked together over the span of five years to help develop optical filters for the SHERLOC instrument on NASA’s Perseverance Rover. “There were challenging timelines and lots of difficult specifications, but it’s fantastic knowing our team helped push the envelope and developed a cost-effective product for the JPL (Jet Propulsion Laboratory) team, “said Moez Adatia, Sales Director, Optical Filters.

With a successful launch at the Cape Canaveral Air Force Station in Florida, NASA’s Perseverance Rover began its long journey to Mars on Thursday, July 30th aboard a ULA Atlas V rocket. It now begins its seven-month journey to the Red Planet, landing there on February 18, 2021.

“I woke up all of my kids (who would watch), and even had our dogs outside to watch the launch in the backyard. It was beautiful to watch. Picture Perfect,” said Moez Adatia, who lives roughly an hour away from Cape Canaveral Air Force Station.

Perseverance will seek signs of ancient microbial life on Mars along with collecting samples for future analysis on Earth. Also flying with Perseverance is NASA’s Ingenuity helicopter, which will attempt to show controlled flight is possible in the very thin Martian atmosphere.

Learn how Semrock optical filters were incorporated into the rover