When it Comes to Custom Manifolds Speed in Development is Key


“The IDEX process gave us the flexibility to make iterative changes, and the ability to go fast. It was just fantastic.” -IDEX Health & Science Customer 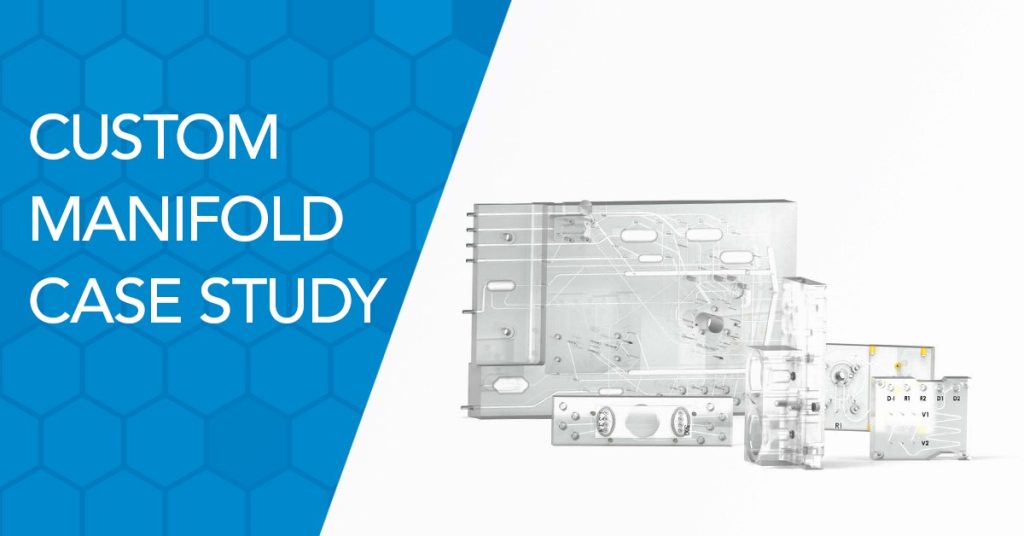 When a customer needed a custom manifold where speed in development was critical, they turned to IDEX Health & Science. Advances in additive manufacturing and material science accelerated fluidic manifold delivery made it happen.

Many designers of in vitro diagnostic instruments embrace the concept of utilizing a fluidic manifold to minimize the size of a device, reduce leaks, improve the reliability of the flow path, and get consistent fluidic performance in every instrument. Certain process thresholds have made manifolds a practical solution for only large, established instrument manufacturers. Today, however, even startups on tight timelines and development budgets can acquire limited-run prototypes in materials suitable for proof-of-concept.

“It changes the whole discussion,” said a Sales Engineer at IDEX Health & Science when describing a recent manifold design project with a northeast biomedical startup developing a Point of Care (POC) device. The customer submitted the initial design request through the IDEX Health and Science website for a very small, fast-turn manifold onto which they planned to assemble several small valves and a pressure regulator.”

This customer had been working with a European company, but over time, some concerns arose about the smaller size of that company, the time-zone difference, and their responsiveness. Working with IDEX Health & Science, he liked the real-time availability of our engineers and working with an established corporation, he also increased his confidence in collaborating with IDEX.

“Speed was really the primary factor for us,” emphasized the company’s founder/chief technical officer (who prefers to remain anonymous for competitive reasons). “If we’d done it the old-fashioned way, where we’d get the fluidics module in 6-8 weeks, the cycle times for making these iterations would have been a lot longer and would have cost a lot more. So, being able to get quick turnaround on fluidic modules was key.”

An IDEX Health & Science Senior Product Manager for Manifolds, reviewed how the IDEX Health & Science team scoped the project. “The customer had proven his concept at the breadboard stage and came to us when he needed to shrink everything down into a very compact beta unit much closer to the final form that would go to market. 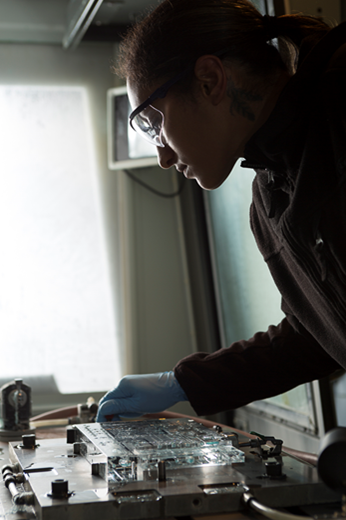 Once a prototype is finalized, designs can be manufactured for volume using our traditional process

We believed there were still iterations ahead; the instrument probably wasn’t in final form yet — and he agreed — but the ideas were solid, and knew he needed manifold-based fluidics. After estimating the hard cost of making just one multi-layer bonded manifold, where the per-unit cost can be expensive because of production set-up time, process time, and finishing work, our team suggested, using an additive manufacturing process.

The customer was definitely interested, provided IDEX Health & Science could produce a very clear material that would fully expose the entire flow path. This was needed because he still wanted to visualize and improve his process. Like many start-ups, the incremental need for financing pushed his timeline, and of course, that pushed us.”

Another strong feature that made the material ideal for the prototype manifold is that it offers the dimensional stability required to fabricate fluidic channels only thousandths of an inch wide.

After the team had confirmed material compatibility with chemicals used, the customer questioned whether this process was capable of producing very small tracks.He wanted 0.030 inch (0.76 mm) diameter tracks which challenges the technology. “That was the only area where I feared complications. These are very small tracks and I worried that they might close up during the process,” said IDEX Health & Science Senior Product Manager.

“The IDEX Health & Science process starts with a liquefied resin in a vat. As the vat is raised incrementally of about 0.002 inch (0.05 mm) at a time, a laser describes a design on the surface. That design becomes the formed object as the laser cures and sets the material in the additive production process. Resin is cured only in the areas where you want material, leaving other areas where you want the channel open. The threshold of limitations that the industry has encountered up to now, has been around those very minute passages. The smaller the diameter of the channel, the harder it is to keep it open because the material outside the channel will collapse due to the heat energy surrounding it. After a couple of trials, we were successful in forming the tracks accurately, with absolutely no blockage or collapse,” he added.

Once the piece was accurately formed and cured, manufacturing technicians at the IDEX Health & Science facility in Bristol, CT performed a series of specialized secondary processes. Fluidic ports were finished and sealing surfaces were smoothed to prevent leaks. To make the manifold functional, components such as valves and fluidic connections were added. Because this material is a thermoset, not a thermoplastic, it can be brittle. The IDEX expertise enabled the proper torque for sealing component ports and connections without introducing stress cracks in the process. 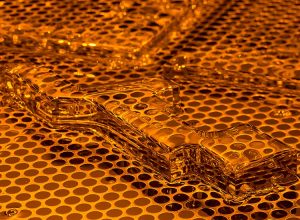 Close Up of Manifold

“We were able to optimize his model for manufacturability at this very early stage,” IDEX Health & Science Senior Product Manager.

In final form, the manifold assembly consolidates several pencil-tip-sized valves and a pressure regulator into a bench-top hematology instrument not much larger than a desktop telephone. The IDEX Health & Science team, in collaboration with the customer, was able to drive a roughly $4,000 investment using conventional process down to $300-$400 using this manifold process. We were able to optimize his model for manufacturability at a very early stage. Along with other customizations, the customer had a manifold that was production ready.

“I thought the finishing on the fluidic manifold was fantastic,” added the customer. “My other concerns had been around accommodating the additional fluidic components we were mating to the manifold and ensuring that the quality of the surface would be good enough to seal properly. In looking for success with our whole program, we try to get vendors who are invested in the development of the instrument because that way you’re able to work through bugs together pretty easily. I would say with IDEX Health & Science, it’s actually one of the two relationships that we’ve had in terms of going the extra mile to make sure that we’re on track with our development.”