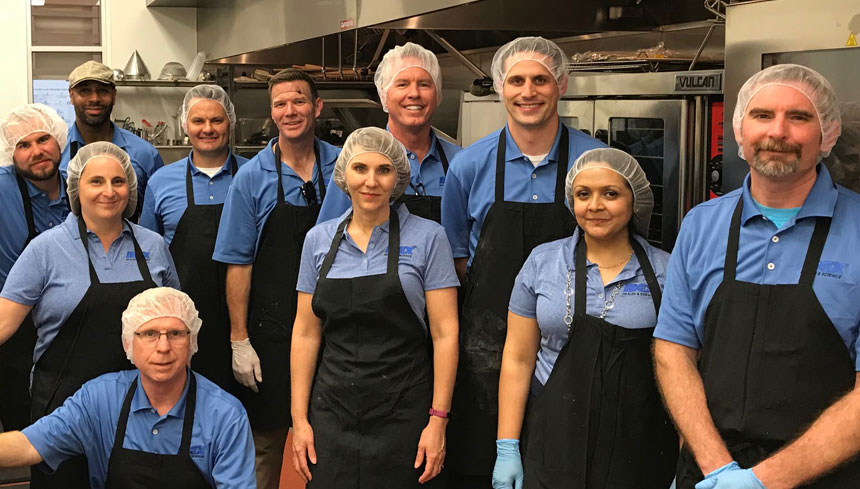 During our quarterly meeting, the Analytical Instrument commercial team (a part of IDEX Health and Science) managers volunteered in the Redwood Empire Food Bank’s Kitchen Collective. The Kitchen Collective transforms fresh, donated ingredients into nutritious, heat-and-serve meals for low-income seniors and families in Sonoma County. Working with the Kitchen Collective chef, the team prepared entrees for use in these meals.

The Redwood Empire Food Bank (REFB) is the largest hunger-relief organization serving north coastal California, from Sonoma County to the Oregon border. Since 1987, the REFB has been helping those in need by partnering with local businesses and farmers to obtain and distribute $40 million worth of food annually. This is the equivalent of 13.3 million meals, or more that 35,000 meals per day. The food is distributed through more than 200 direct distribution centers and 450 hunger relief partner organizations. The REFB was pivotal in serving the community during the October 2017 wildfires that swept through Sonoma and Napa counties. During that time they set up a new distribution program called “Station 3990”. Over 3,600 people from the community volunteered and fed as many as 400 people per hour that were evacuated or lost their homes. The REFB is still serving people through “Station 3990” at six temporary distribution locations and will continue to do so until the community recovers from this tragedy. 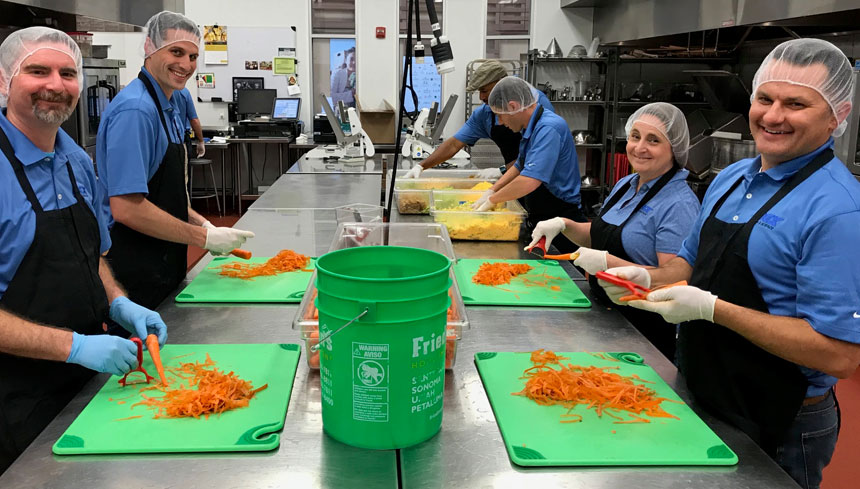 Due to the nature of our matrix organization and the geographical dispersion of the team, this was the first time the Analytical Instrument management team volunteered at the REFB. In the future, we plan on making this an annual event during our quarterly meeting.